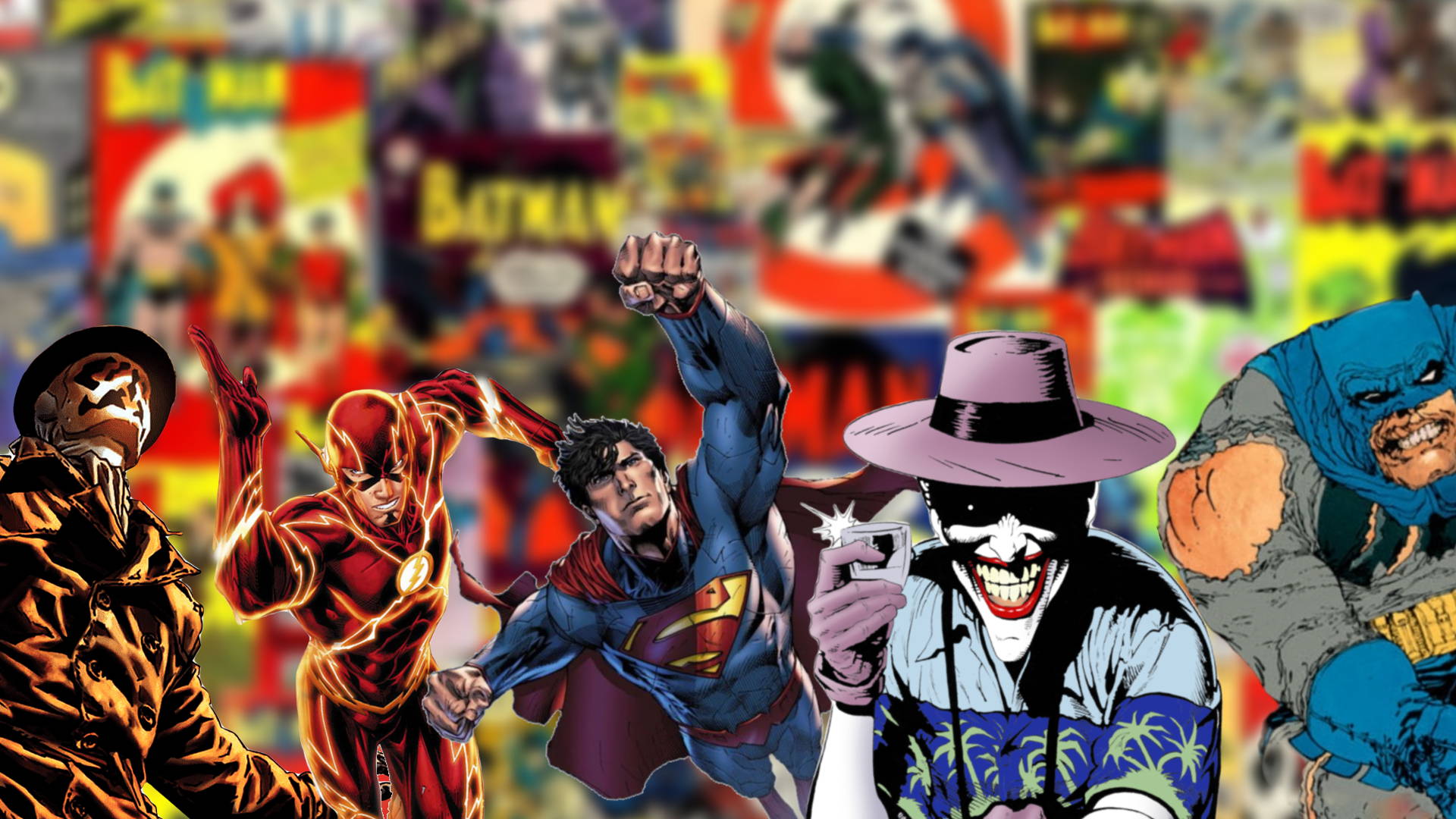 D.C. Comics have some of the most joyful characters and stories in the comic realm, but what about those stories that make you cringe in awe, or disgust? From Joker getting destroyed (a couple times) to Batman's trip to insanity, here is our list of the top 7 most shocking moments in D.C. Comics 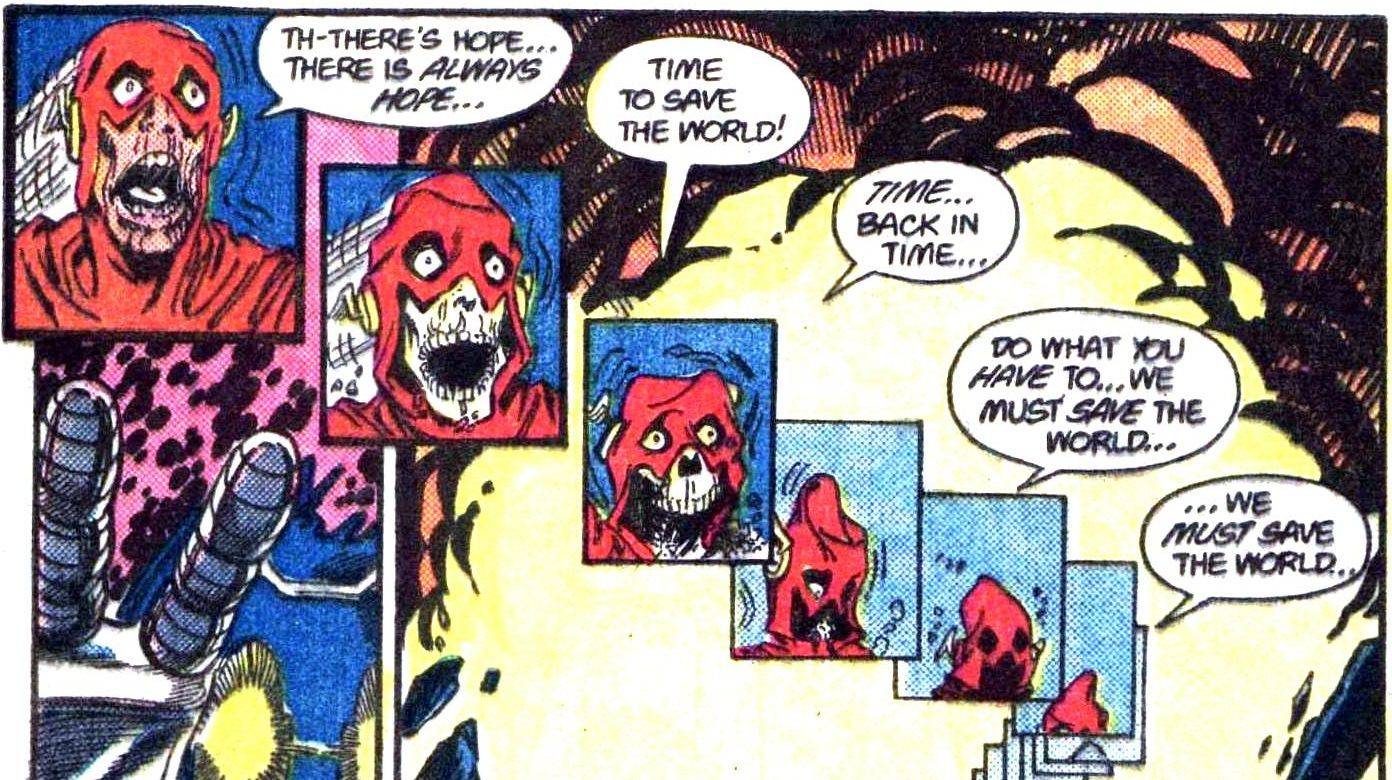 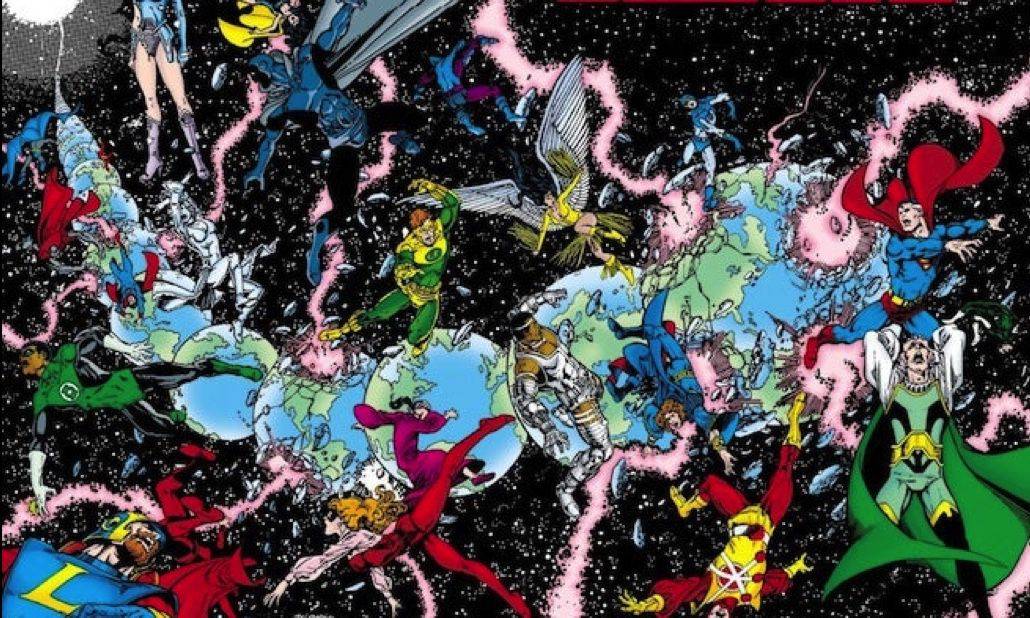 In the now famous and re-done series Crisis On Infinite Earths, Barry Allen runs fast enough to generate enough energy to create a time vortex, ultimately aging him to death and beyond instantly. Considering The Flash was a major character with no other Flash introduced, the shock was real. Kid Flash then followed in his foot steps for years, before finally returning. 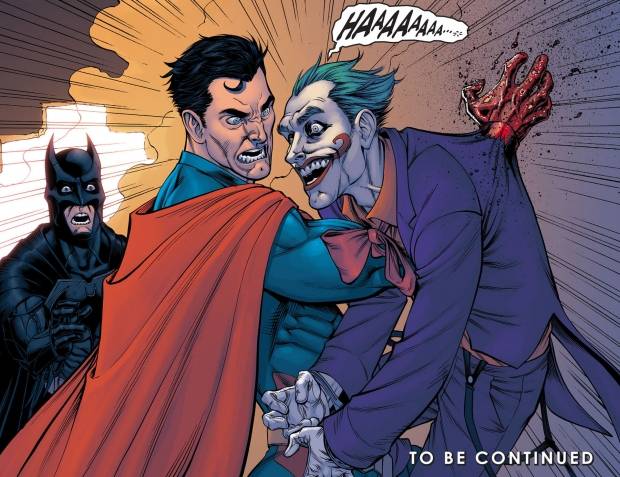 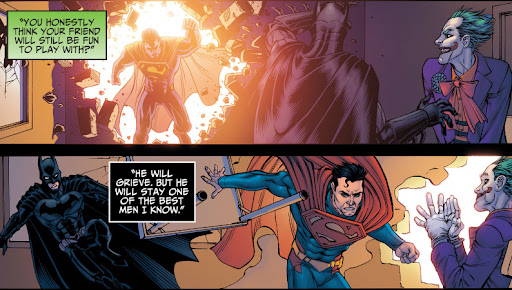 In Injustice, The Joker finds fun just messing around with Superman, until he causes Superman to punch his wife and and daughter ultimately killing them. And so begins.. Injustice. This shocking event turns Superman into a D.C. universe villian, which is shocking on its own considering he's the universe's symbol of freedom. 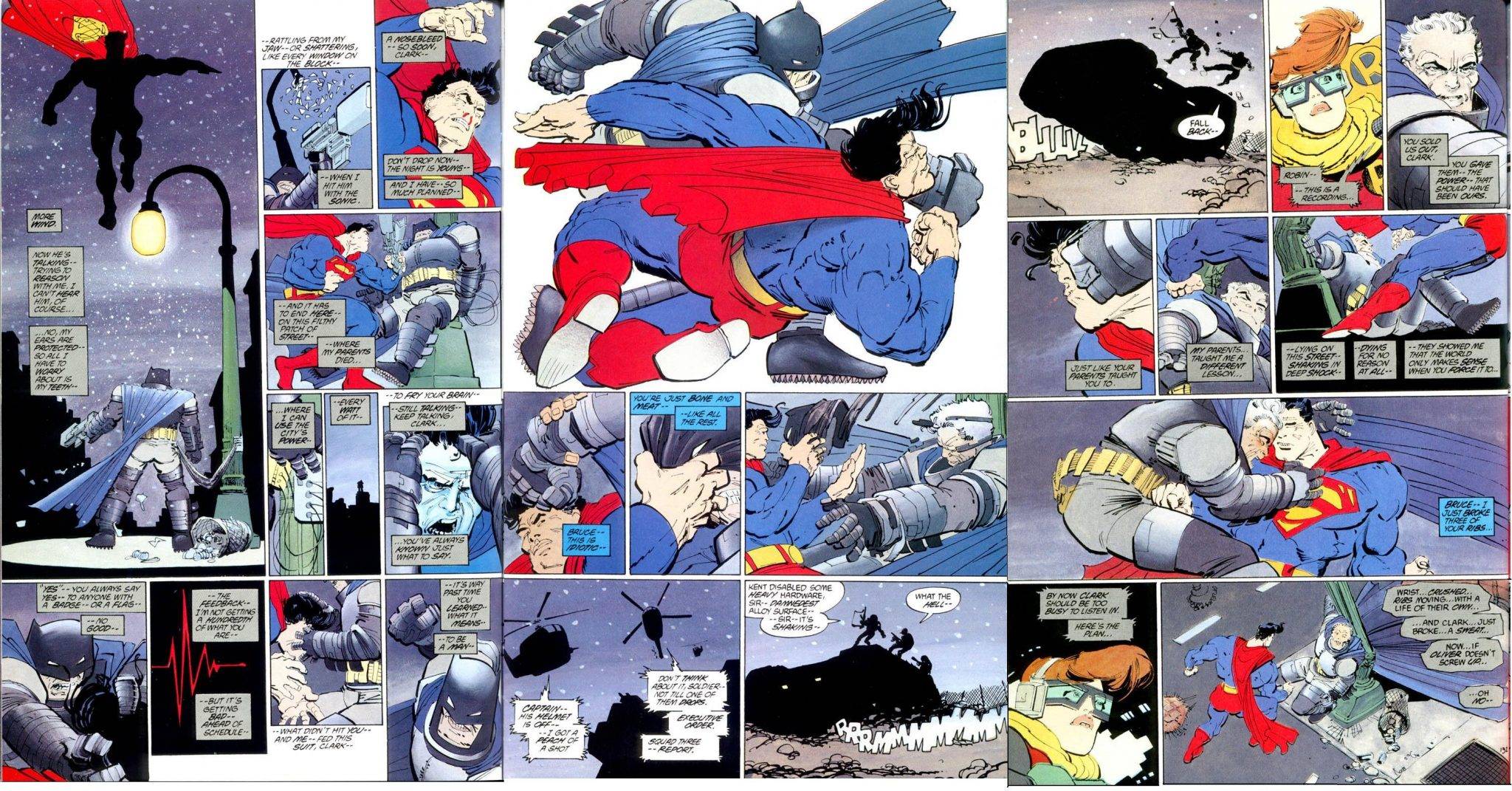 In this infamous and dark rendition of Batman by renown artist and writer Frank Miller, a now retired and old Bruce sneaks (loudly) out of retirement to stop The Joker and crime reign over Gotham, as the GPD was utterly corrupted. At the end of this series, Batman had become a murderer, even if for the right reasons. Thus, he was either dying or being arrested. In a shocking turn, Batman staged a large and purposely recorded fight where he DEFEATED Superman, and proceeded to fake a heart attack to "die" back into retirement. No words needed.

#4: The evaporation of Rorschach 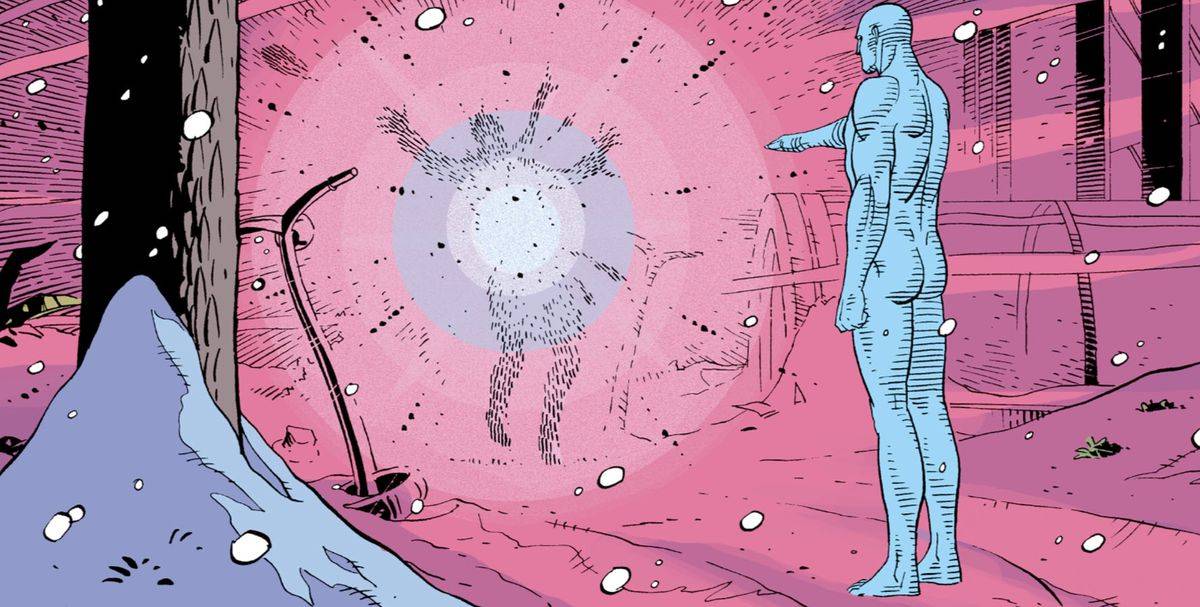 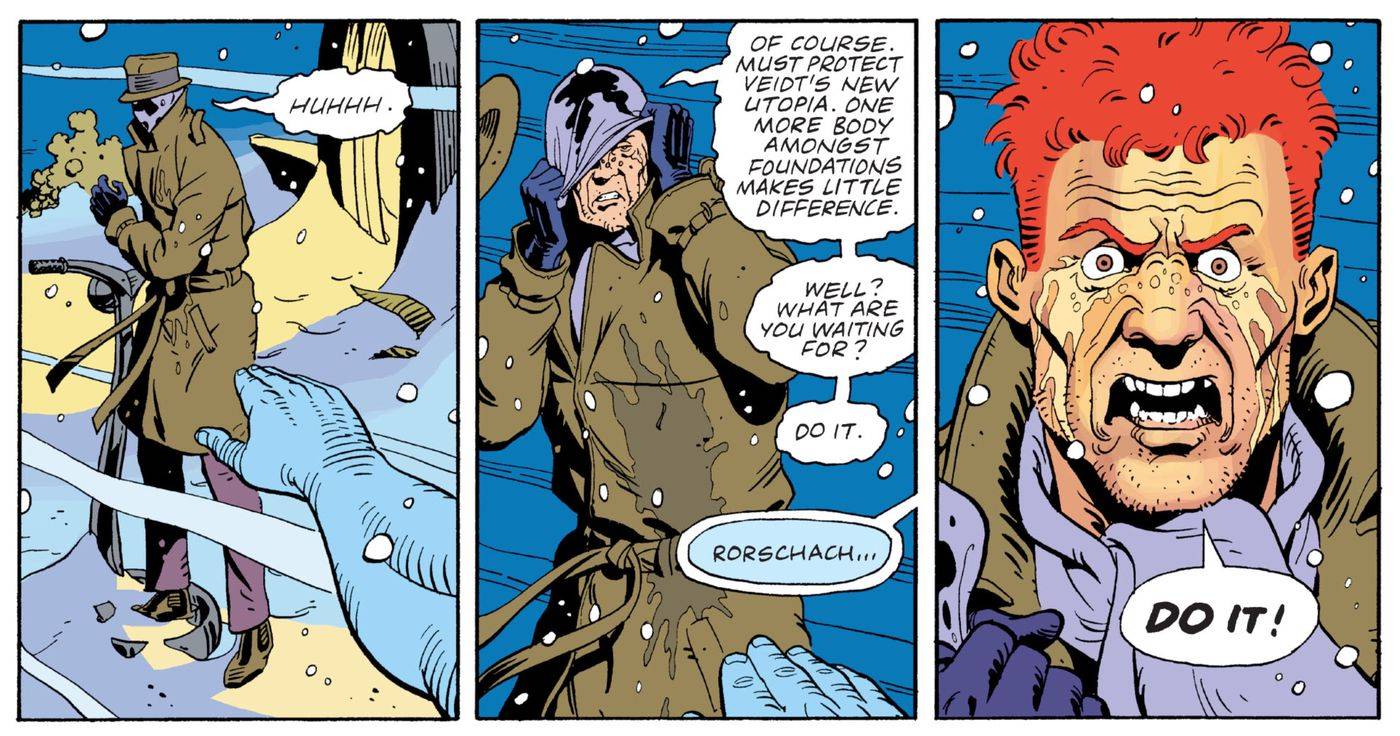 Although well deserved (Rorschach is a horrible being), the death.. or evaporation of Rorschach was the most shocking twist in Watchmen, and considering the insanity of this comic -- it says something. By the end of the series, you find yourself for some reason rooting for Rorschach, even if you don't want to. So to see him fall to defeat in tears, was hard enough. In an act of godliness, or empathy, Doctor Manhattan erases him from existence faster than Thanos's snap, with no remorse. Its even more shocking in Zack Snyder's rendition of the comic, with blood being all that remains. 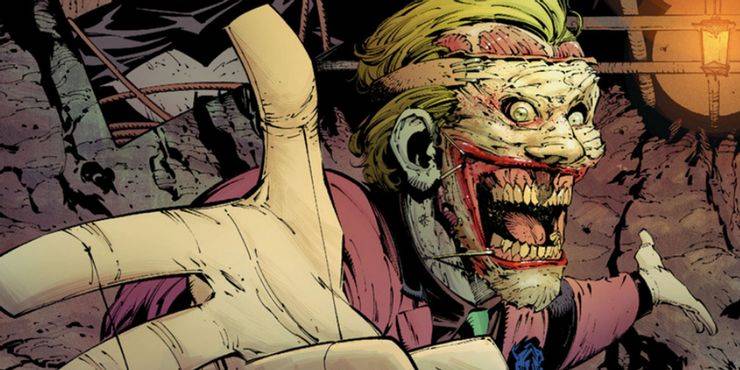 At the beginning of The New 52, Joker seemed to have either died, or gone off planet. Obviously it was neither with The Joker! After Dollface held Joker essentially hostage, and forced him to the skin off of his face entirely, he vanished. His skin nailed to the wall for months was all that was left, until it mysteriously vanished. When The Joker appeared next, he was seen with his rotting skin hanging onto his face with staples. This was utterly grotesque, and I still hate thinking about it.

#2: The Joker forces Jim Gordan to see his daughter tortured 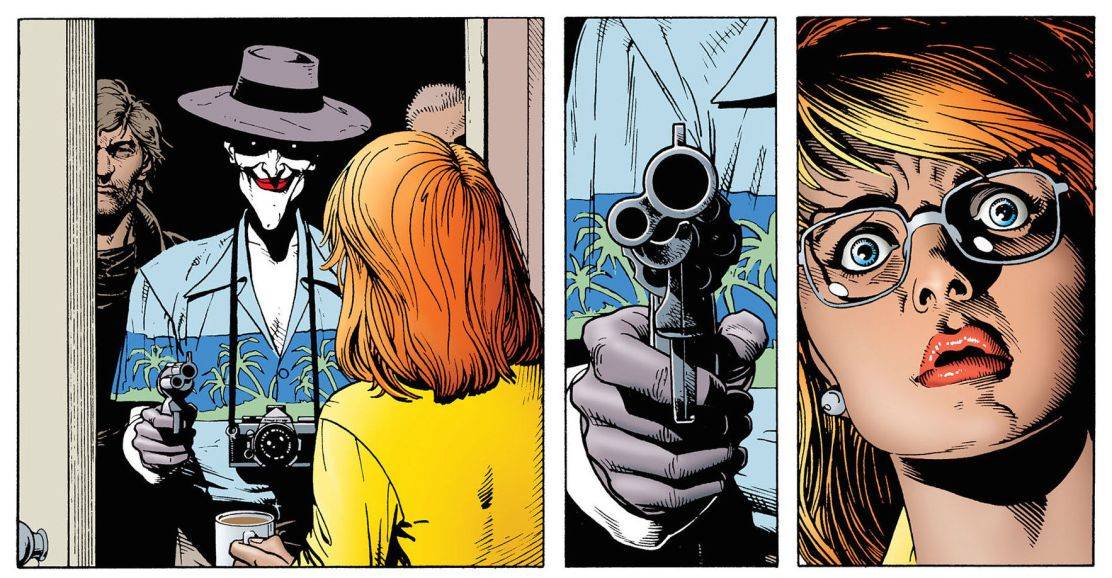 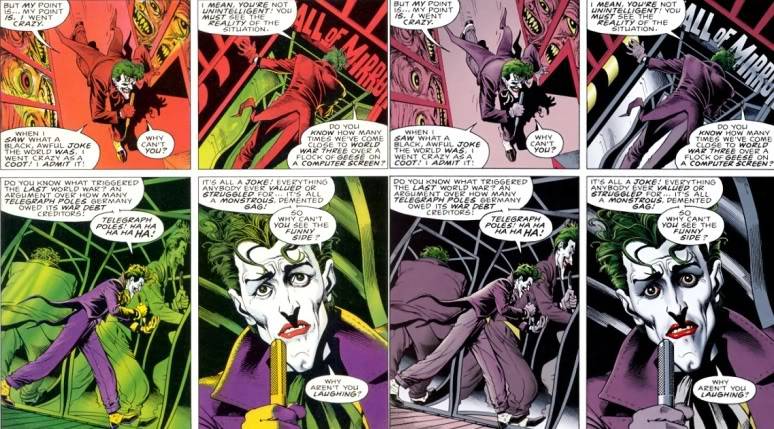 In this dark tale from Alan Moore, The Joker shoots Barbara Gordan straight in the stomach in front of Jim Gordan, then abusing and torturing her for the following days. After luring Batman into a mirror maze to distract him, Joker forces a tortured Jim Gordan to ride a slow roller-coaster with video of his daughter bleeding on the ground, and without clothes. As Gordon screams for help, Batman is utterly lost in the maze. Personally, this story is too shocking for me, and the film adaptation is more tasteful. But if you don't hate The Joker after this, I'd be shocked. 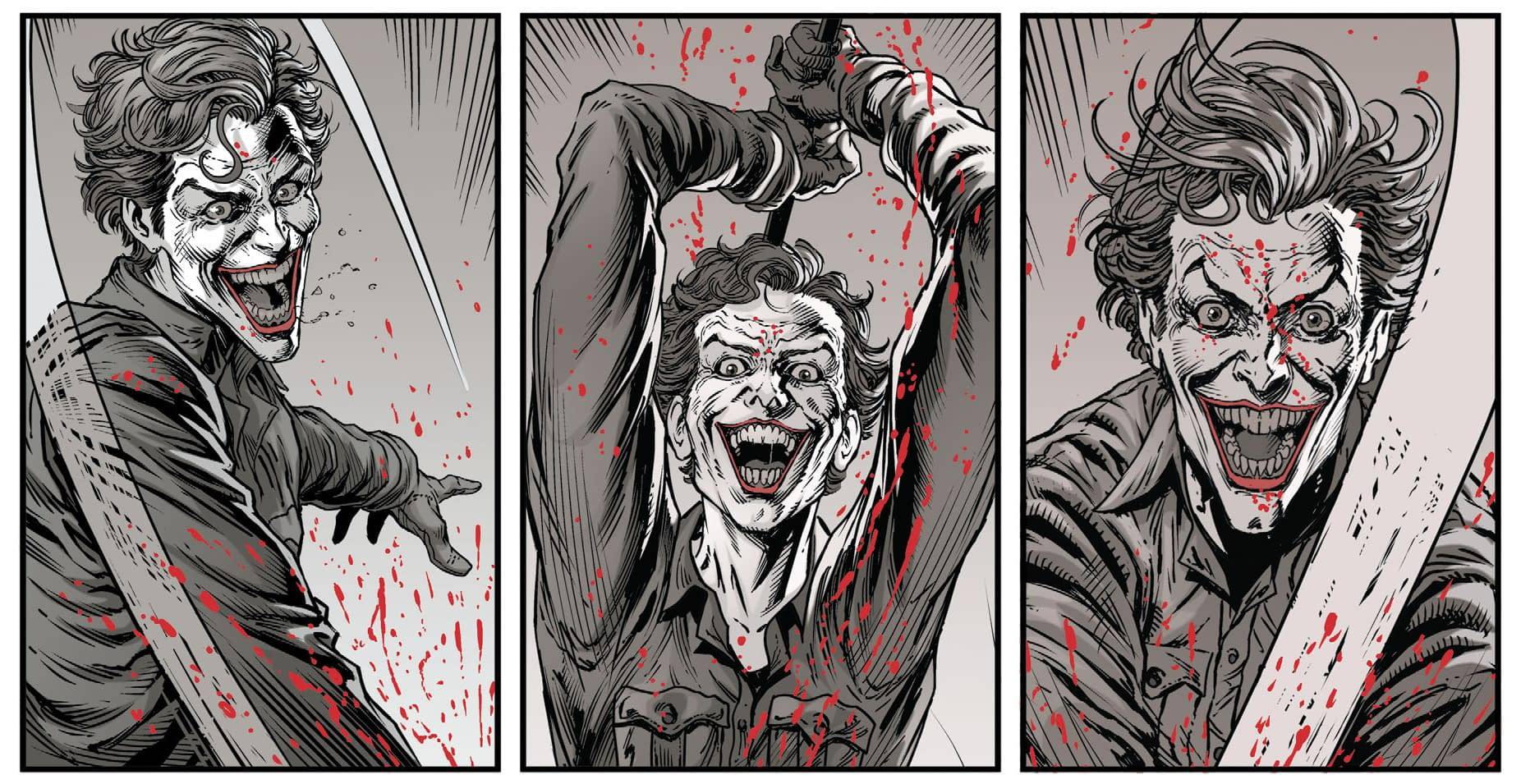 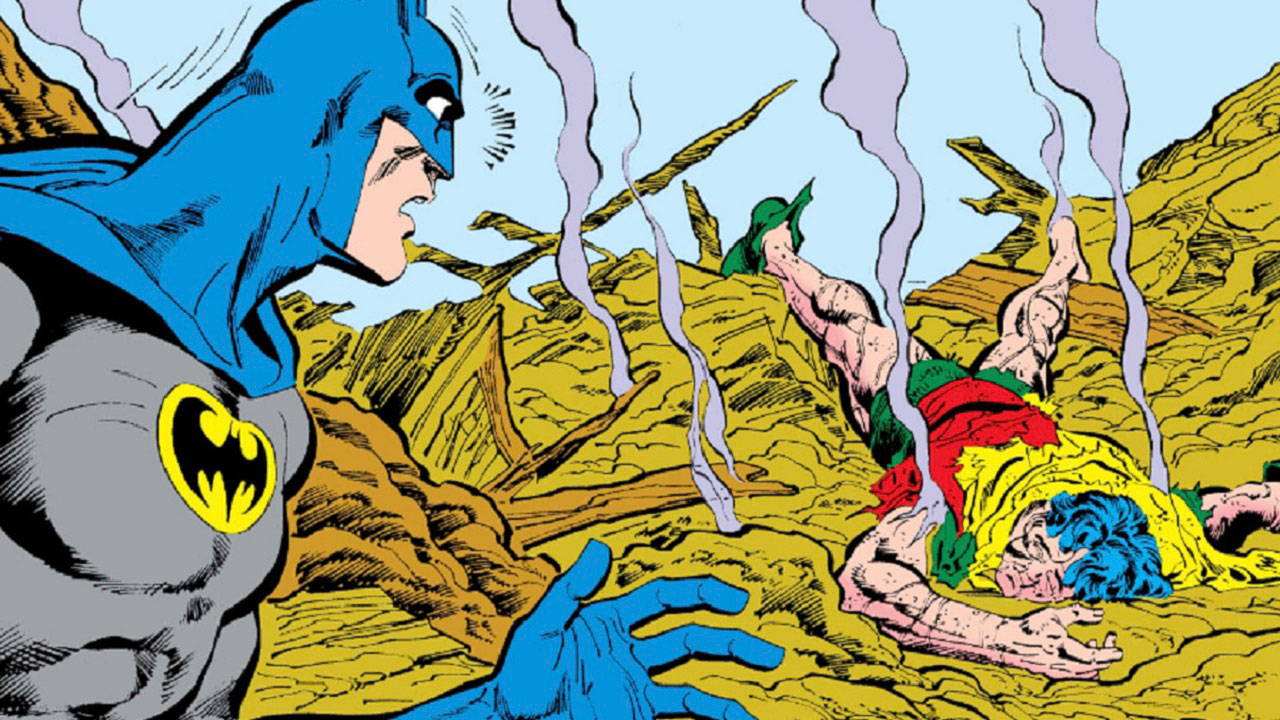 After a poll from D.C. asking fans whether the new Robin, Jason Todd should live or die -- fans overwhelmingly answered 'die' with the intuition it was just a joke. Then, 4 months later comes 'A Death in The Family', which begins with The Joker brutally beating Robin with a crowbar, before burning his corpse alone with the warehouse he was torturing him in. Fans were utterly shocked, as essentially THEY killed this Robin. Although he eventually came back as The Red Hood, it took a lot of shock and time to happen.

Did we miss anything? Let us know below!