Netflix has revealed the main characters and voice cast for The Witcher: Nightmare of the Wolf, an upcoming anime origin story telling a tale from the life of Geralt’s mentor, Vesemir.

Vesemir, voiced by Theo James (star of The Divergent Series), is described as a “swashbuckling young witcher” who slays monsters in an effort to escape poverty. In Nightmare of the Wolf, Vesemir will embark on an adventure to rid a politically-fraught kingdom of a strange new monster. This journey will also see him confront his own past demons.

That journey will see Vesemir come across Tetra (voiced by Lara Pulver), Deglan (Graham McTavish) and Lady Zerbst (Mary McDonnell). You can see all four of their anime renditions in the gallery below.

The Witcher: Nightmare of the Wolf character: 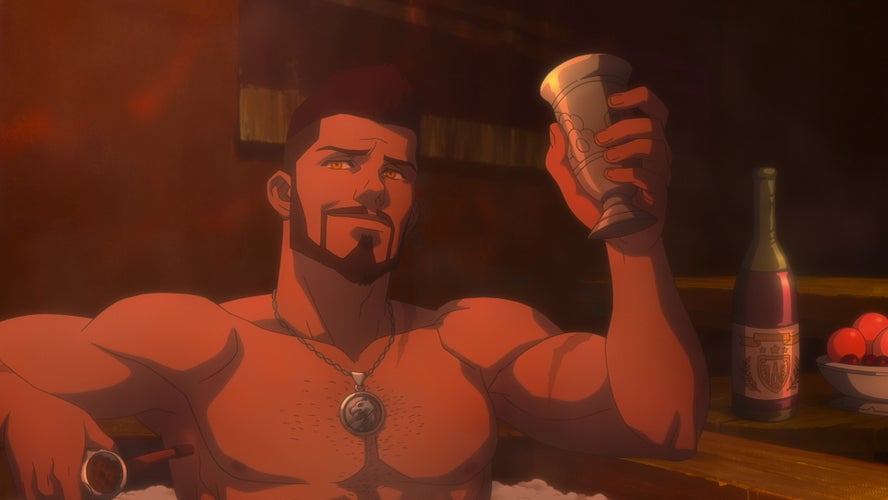 The Witcher: Nightmare of the Wolf will be available after August 23rd, and acts as a prequel to The Witcher TV show. The main show’s showrunner, Lauren Schmidt Hissrich, is co-producing alongside Beau DeMayo, and the anime is directed by Studio Mir’s Kwang Il Han.