This week, Marvel's War of the Realms, launches after years of quiet build-up. Written by Jason Aaron and illustrated by Russell Dauterman, the publisher's latest comic book crossover has Malekith the Accursed lead an army of fearsome foes from across the Ten Realms to invade Earth as the final stage of his plans of bloody conquest of the entire Marvel Universe.

Poised to involve the vast majority of Marvel's heroes with the fate of Earth in the balance, all told in a story concocted by Aaron over the past several years, there's a lot to keep track of. With that in mind, CBR presents a quick primer for what readers need to know before diving into the massive event.

WHAT ARE MARVEL'S TEN REALMS 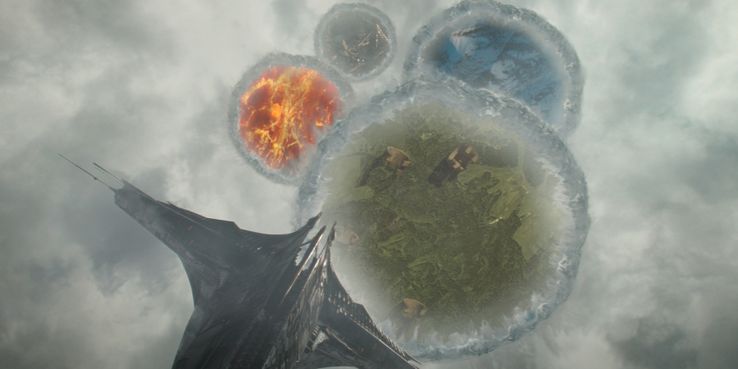 As with Norse mythology, the fantastical worlds of Thor are divided into ten distinct and different realms all linked through Yggdrasill, the World Tree. The most well known of these is Earth though it is commonly referred to as Midgard by characters from the other realms. Thor and most of his family hail from Asgard, home of the Aesir and Vanir, more well known as Asgardians. Within Asgard lies Valhalla, the hall of the victorious dead, and Nornheim, home of the Norns while Rock Trolls lurk directly below Asgard. The other realms are Jotunheim, home of Laufey and the Frost Giants; Muspelheim, home of Surtur and the Fire Demons; Alfheim, home of the Light Elves; Svartalfheim, home of Malekith and the Dark Elves; Vanaheim, original home of the Vanir; Nidavellir, home of the Dwarves; and Niffleheim, home of the dishonored dead where Hela and her kingdom of Hel are located.

For eons, these were believed to be the only realms but the crossover event Original Sin revealed the existence of tenth: Heven. The home of angels, sometime after secretly fathering Thor's half-sister Angela, Odin entered a brutal war with the realm leading him to cut it off from the rest of the realms for millennia. After its discovery, Thor and Loki restore Heven to Yggdrasill.

WHAT SETS OFF THE WAR OF THE REALMS 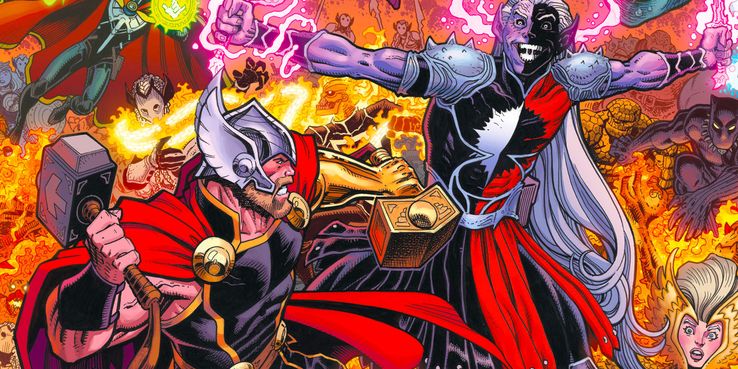 The roots of War of the Realms can be traced all the way back to Jason Aaron and Ron Garney's second Thor arc in 2013's Thor: God of Thunder #13. The issue saw the Dark Elf Malekith the Accursed escape from a lengthy imprisonment on Niffleheim and begin a horrifying rampage across the Ten Realms. As the villain rose in power, gaining fearsome allies and crushing those who opposed him, Asgard itself was brought to its lowest state in years by the mighty monster Mangog. With his kingdom deserted and in ruins, Odin despaired in solitude while Malekith amassed his forces to target the remaining realms currently outside of his control: Midgard and Asgard.

Based on CBR's exclusive preview of the first issue, we learn Malekith enacts the final stages of his master plan by sanctioning a high-profile assassination. With the last largest opponent to his conquest taken off the board, Malekith launches his fiendish alliance into a full-scale invasion of Earth.

WHO IS MALEKITH & WHAT DOES HE WANT? 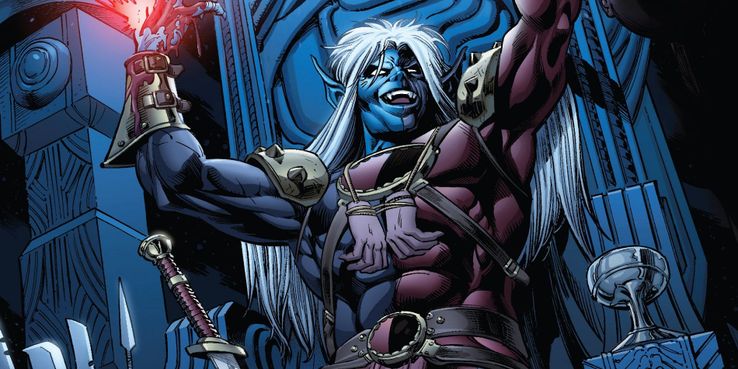 Debuting in 1984's Thor #344 by Walt Simonson, Malekith the Accursed is a Dark Elf born on Svartalfheim during a time when the Dark Elves warred with trolls. After losing all his brothers to the war, Malekith's mother sold her remaining son into slavery where he cremated the bodies of the countless casualties to the conflict. Eventually, Malekith became a wizard's apprentice who trained him in advanced mystic arts only for the young Dark Elf to betray and murder him. An occasional ally with Loki and Surtur, Malekith has clashed with Thor many times over the years, trying to unleash destructive chaos on the realms, including Earth.

Upon his escape from imprisonment on Niffleheim, Malekith swore gleeful revenge on the Ten Realms, cutting a bloody path across Svartalfheim that led to the Dark Elves, driven by their deep fear of his wrath, elected him as their new king. From there, Malekith began to gain allies across the remaining realms while targeting all who would oppose him. In addition to his enhanced strength and speed from his Dark Elf physiology, Malekith is a powerful sorcerer and wields several ancient relics to further augment his abilities. Like all elves, Malekith has a mythological vulnerability to iron which has been exploited by Iron Man in past confrontations.

WHO ARE THE HEROES INVOLVED? 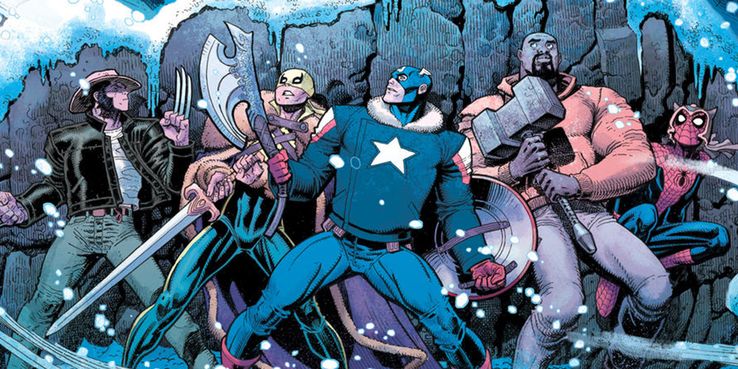 Judging by the covers and promotional materials released by Marvel so far, War of the Realms encompasses virtually all the heroes currently residing on Earth. Covers have shown the Avengers front and center, either in defense of the planet or venturing to other realms to acquire new tools and weapons to better defeat Malekith and his forces. Other non-Avenger heroes involved are a new incarnation of the Agents of Atlas, who are formed by S.H.I.E.L.D. agent Jimmy Woo to defend Asia while a quartet of Giant-Men band together to face Frost Giants targeting Florida. Finally an unlikely ensemble of heroes venture to Jotunheim to locate Thor's secret baby sister in the hopes to turn the tide of battle on Earth.

In terms of heroes that will play a prominent role, Thor has the greatest personal stake in the story given his history with Malekith along with fellow Asgardian warriors Valkyrie and Lady Sif. As the current leader of the Avengers, Black Panther will be among those leading the charge to defend the Earth. Finally, given Malekith and the elves weakness to iron, Tony Stark may have a few tricks up his armored sleeve that prove crucial in the final fight for Earth.

WHAT COMICS WILL YOU NEED TO READ? 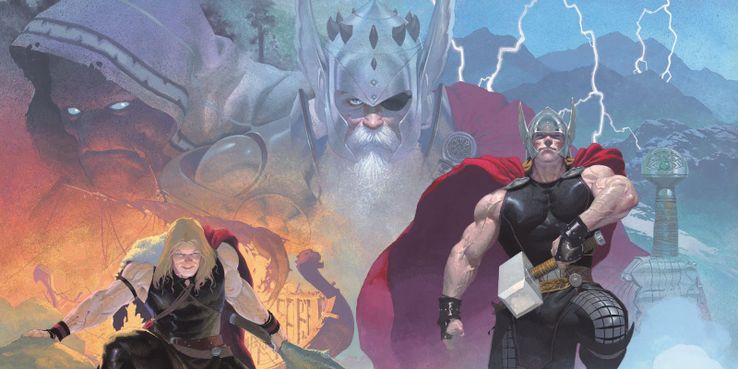 As a massive comic book crossover storyline, there are plenty of tie-in issues outside of the core series affected by War of the Realms. Marvel has provided a handy reading guide including every single tie-in issue announced for the first two months of the epic story.

In addition to reading the core series, tie-in issues from Thor and Avengers, given that they are also written by Aaron, will likely play a major role in the overall story. Given the Norse themes of the story, tie-in issues of Asgardians of the Galaxy will be strongly influenced by the core series while the War Scrolls miniseries is a nice anthology that examines how the invasion impacts unexpected characters in the Marvel Universe.

Jason Aaron and Russell Dauterman's War of the Realms #1 is scheduled to go on sale April 3 from Marvel Comics.